Your Internet browser is not supported by this website.
For a fully successful visit of our website, we recommend you install a compatible browser from the following list:

We look forward to seeing you on excess-catamarans.com

Excess 12 around the world!

The first of the Excess 12s are starting to set sail for distant shores. Follow the crews of our Excess dealers as they share with you their adventures aboard this catamaran! 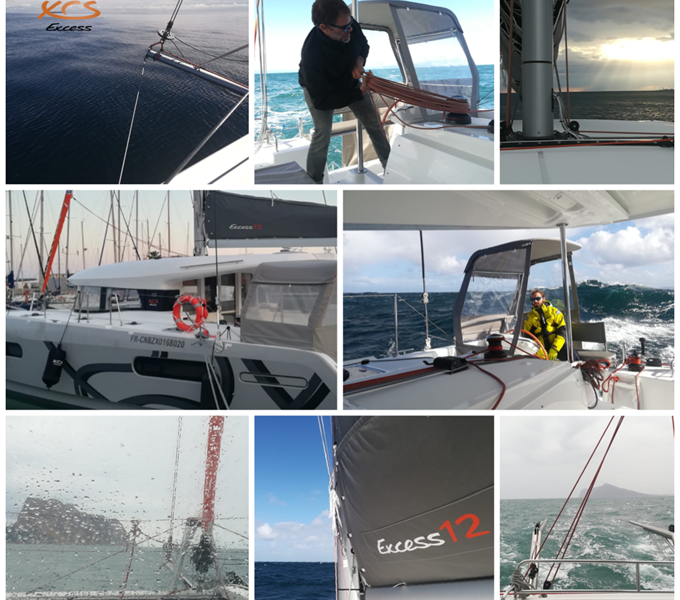 The first of the https://excess-catamarans.com/fr/nos-catamarans/excess-12">Excess 12s are starting to set sail for distant shores. Follow the crews of our Excess dealers as they share with you their adventures aboard this catamaran!

Bound for Spain aboard My Excess 12!

First off, the Spanish crew from our dealer Marivent, delivered their first Excess 12. A trip from Les Sables-d'Olonne in Vendée (France) to Port Balís in Barcelona (Spain). 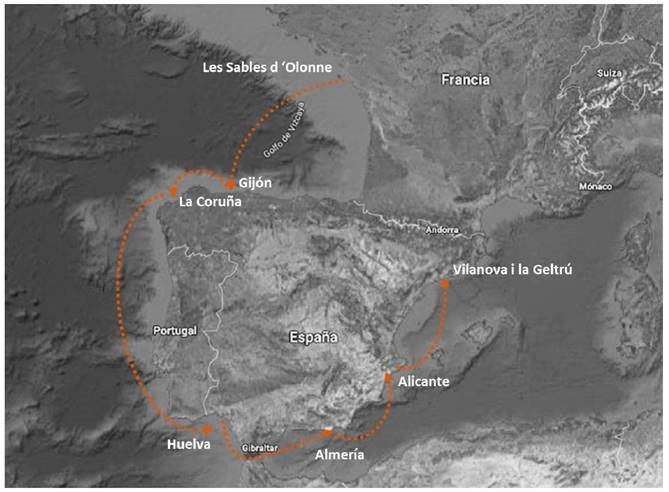 On March 12th, after several days of preparation, the crew of MY EXCESS 12 set off, making a course for the Spanish peninsula. While they were under way, Spain declared a state of emergency concerning the Covid-19 crisis. Under the conditions imposed, being at sea can be complicated.

Despite this, the crew were able to make a few stopovers – at Gijón, A Coruña and Huelva. Useful ports of call to stock up on food and diesel, as well as to carry out their first engine checks.

After passing through the Strait of Gibraltar, they anchored in Almería and then Alicante, before continuing on to the port of Vilanova y la Geltrú, where they tied the boat up so that the crew could return home during the lockdown.

300 nautical miles aboard a sensational catamaran!

And just a few days later, it was the turn of the crew from Murray Yacht Sales to set off on their delivery trip aboard an Excess 12. A passage of nearly 300 nautical miles between the Miami Boat Show and the company's base in Petersburg, on the west coast of Florida (USA).

This gave the crew the opportunity to form their own opinions of the Excess 12 in all possible weather conditions. A delight for these sailors in search of sensation, ready to challenge this catamaran to reveal her full potential!

Discover the opinions and impressions of these crews on this catamaran:

What do you think of the handling of the Excess 12?

MARIVENT CREW: “The Excess 12 is a catamaran that’s comfortable to handle thanks to her twin helm stations - one on each side - and very easy for making a delivery trip. In fact, having the helm right at the stern makes it much easier to see the mainsail at a good angle. In addition, the fact that there’s no flybridge makes it easier to sail close-hauled, as there’s not too much windage and you can sail with tighter angles.

The halyards, reefing lines and sheets are super-close to the helm stations. The electric winch makes maneuvers easy and very safe. The mainsail can be hoisted quickly and comfortably.

From the rigid bimini, access to the boom is easy. The geometry of the lazy-jacks and the shape of the lazy-bag allow for easy lowering of the mainsail.

The Code 0 is simple to furl and unfurl. On this type of catamaran, it’s always interesting to have one. They improve the boat's performance and allow you to sail in lighter airs without having to depend on the engines.

MURRAY YACHT SALES CREW: “The Excess 12 is a lovely boat to sail. She is well-equipped, functional and very comfortable at sea!

Sailing maneuvers are well-organized, whether solo or for short-handed crew. All in all, it's very easy to handle the sails by yourself, even at night. Moreover, the mainsail is easy to hoist and lower.

One very positive point to note about this catamaran is the geometry of the lazy-jacks!” 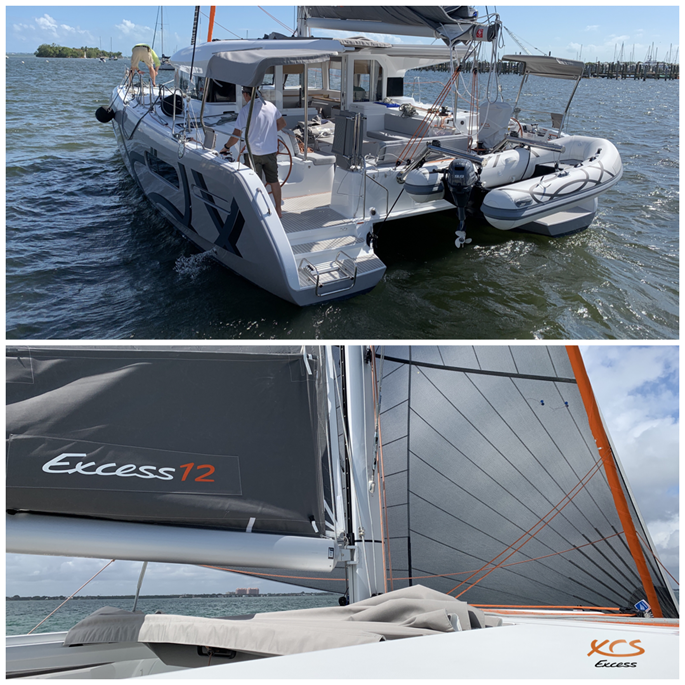 What was your cruising speed?

MARIVENT CREW: “Sailing with winds of 6 to 7 knots and waves of 3 to 4 meters (10 to 13 feet) as we passed Cape Finisterre, the catamaran responded very well.

We resorted to motor-sailing when the wind dropped below 5 knots, and then with up to 2 reefs in the main and 1 in the jib in medium conditions. The boat was sailing at 10 or 11 knots, but we reached a top speed of 15 and up to 17 knots, surfing, in 20 to 25 knots of wind.”

“We encountered light to non-existent winds, where of course we were under engine, but also saw winds of up to more than 25 knots. Under sail the catamaran performed well in all conditions and was always well-balanced. We reached a maximum speed of 9.5 knots.

Under power, the boat sailed without any problem reaching 8 knots.”

Thanks to the crews of Marivent and Murray Yacht Sales. They confirmed - after testing this catamaran in real conditions - that as Mark Pillsbury (from Cruising World Magazine) said at the Multihull of the Year 2020 Awards: “The Excess 12 test was the most exciting of all the boats tested this year!”